With the digital launch of “Let You Go” only a couple of days away, it was time we got our shit together and organise the shooting of a film clip… and last Sunday and Monday, we did just that!

Left in the very capable hands of Hayden Guppy, Miles Bence and Andy to produce and shoot the video, we cruised down to the coastal town of Rye… cars packed full of equipment.

The theory for the clip is that the band members are washed up on the shore with their instruments, a little dazed and little confused but with a sense of knowing that they need to regroup and jam it out. The vibe? Similar to that of the characters from the TV show Lost, or Alcatraz… in that we don’t really know why we’re doing what we’re doing, but there’s a strange purpose for us being there. 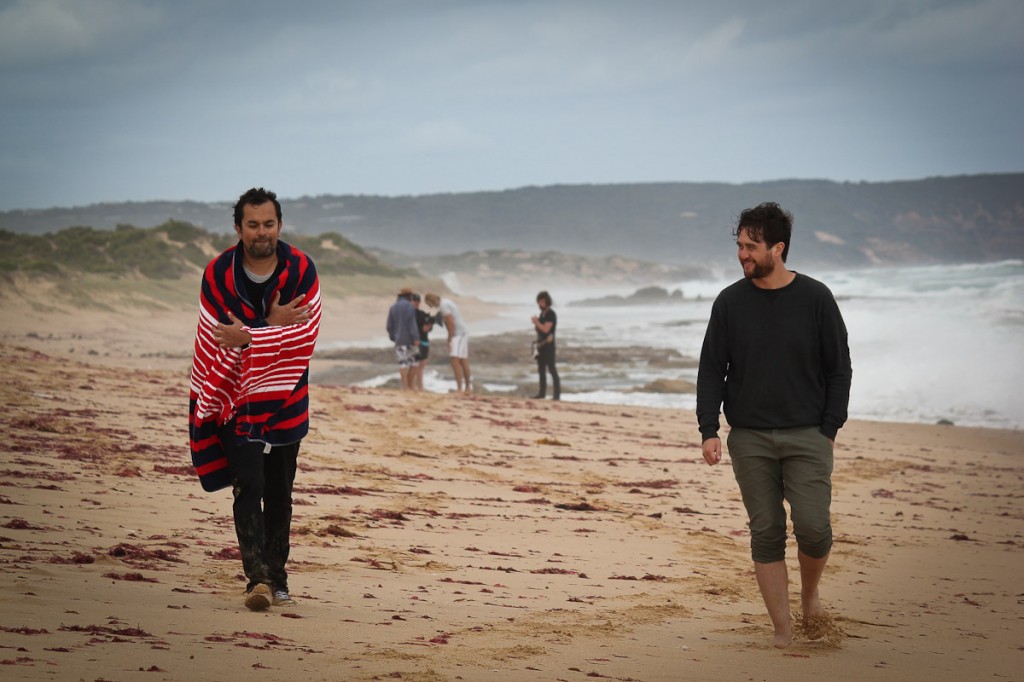 Sunday was spent focusing mainly on the full band shots and the individual journeys of Gilps, Elvis and Nic. Highlights included: 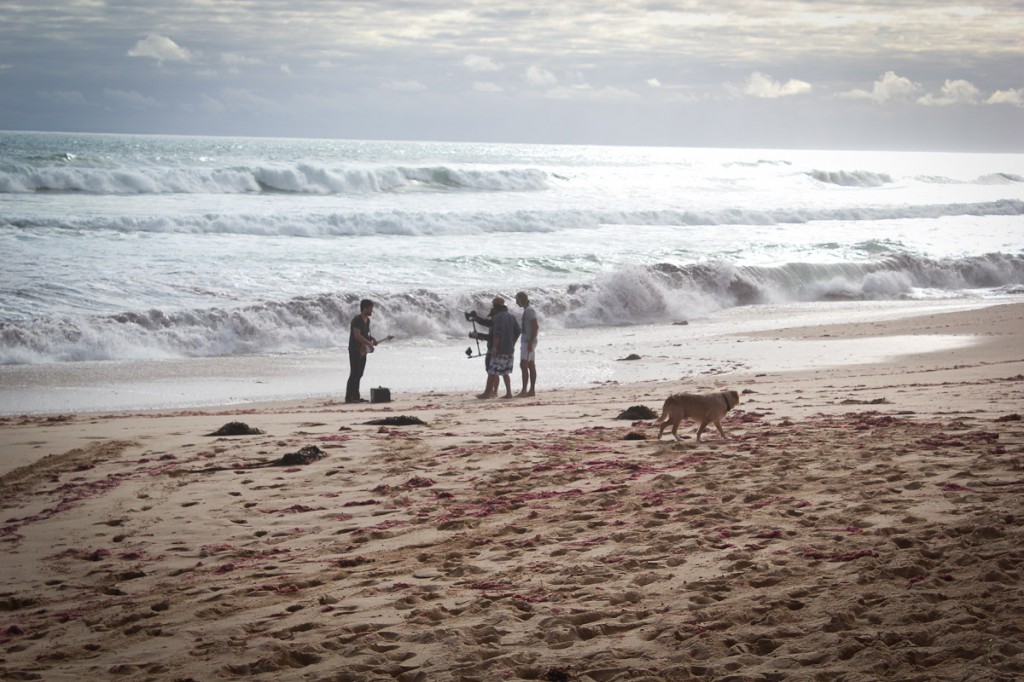 Monday was left to focus on capturing the vocals to camera. The main issue we were faced with for the day was the sunshine, and while it provided some relief from the freezing water, it was an unwelcome comfort, especially when trying to match the overcast footage from the day before. We spent a couple of hours in calmer waters of the bay, shooting some underwater footage, before heading OTB of Rye back beach.

Fighting some serious surf and a half decent rip, there was a point where we thought we might saying hi to Harold Holt, but we managed to get in safely with a grin. Wasn’t the easiest thing to negotiate the surf fully clothed carrying a guitar but we somehow managed to pull it off.

Massive thanks to Haydo, Miles and Andy for all the hard work. Can’t wait to see the finished product, which should be released in the coming fortnight. We’ll keep you posted! 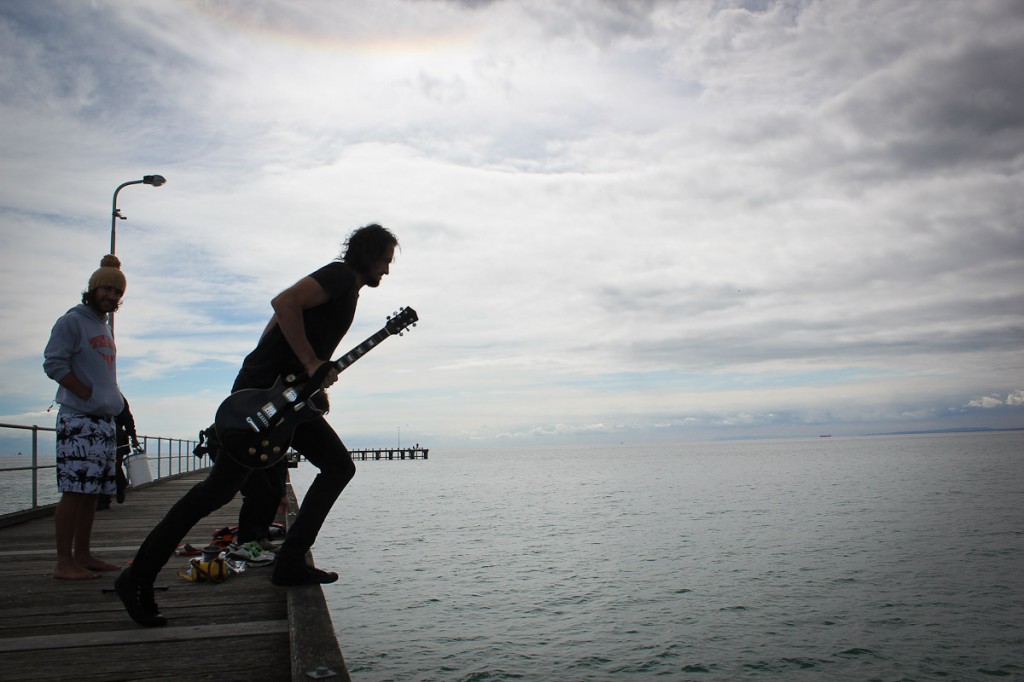