While our return to Noumea wasn’t as long as last years tour, boy was it jammed packed full of action! As part of the Esprit Live Festival… in 4 days we had 7 hours transit both there and back, 3 shows, several radio interviews, a little beach action, some hiking in the surrounding mountains and plenty of New Caledonia’s finest brew, it’s only brew… the appropriately labelled Number One.

It was great to catch up with friends we’d met last year, as well as see a bit of the beautiful country side, which we didn’t get the chance to do last time around. MASSIVE thanks to Julien, Amandine and the gang for going out of their way to show us around the mountains, waterfalls and rock pools.

As it was last year, we were once again blown away with the welcoming nature of everyone we met… as well as the response to our music. Every show had such a great energy which we took a lot away from, so thanks to all the fans for your support.

Lastly, we must also thank GBNC, for the opportunity to return to Noumea and play, and also to Patrick from Chocolats Morand who gave us some delicious choccie treats.

Looking forward to returning next year with a new Album. 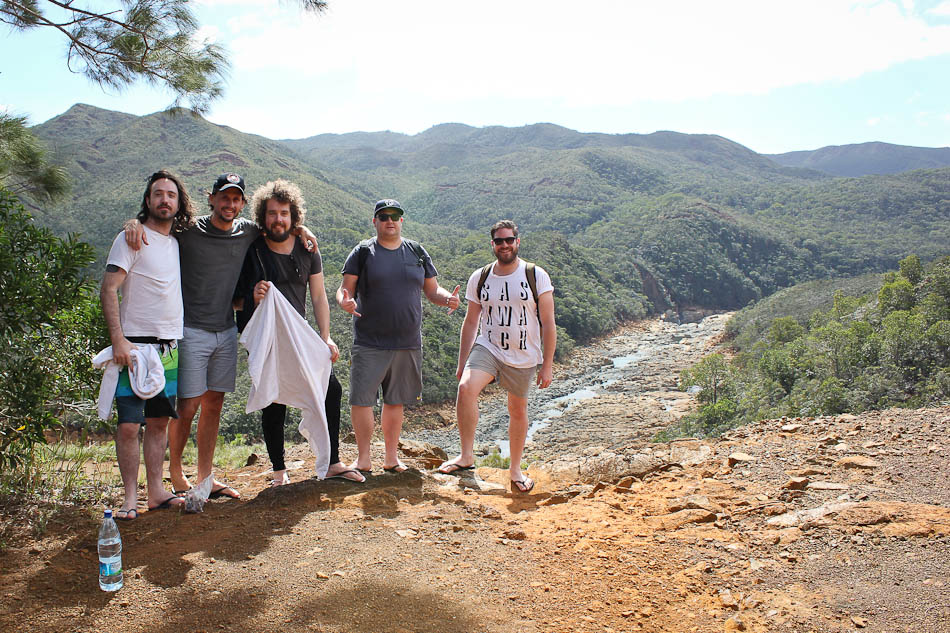