When: This show finished on 13 May 2013
Where: The Esplanade Hotel

Yes, it’s been a quiet start to the year in terms of gigs, but that doesn’t mean ZOOPHYTE been slacking off. There has been plenty a happening… the most exciting thing being some New Tracks!

ZOOPHYTE are back at The Espy playing Monday nights through April and May, with singer song writer Tom Tuena opening up proceedings. The boys will be playing 2 sets… playing a NEW SONG at the start of the second set EVERY WEEK.

Get on down to the Espy if you want to hear some new songs! 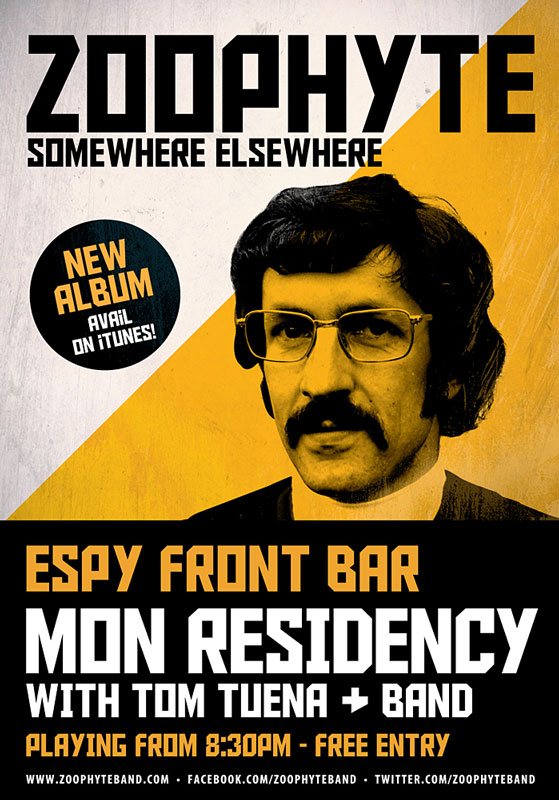