Having spent the last 4 months tucked away in the studio, ZOOPHYTE back with a new Album and are pumped to release it’s first single ‘THE EMPIRE’.

Come help celebrate with the boys in the Gershwin Room at The Espy on Friday May 30th… with friends Smoke Stack Rhino and Grandmaster Monk. Doors are 8:30pm. Tickets are $15 presale through The Espy Online Box Office or $20 at the door. 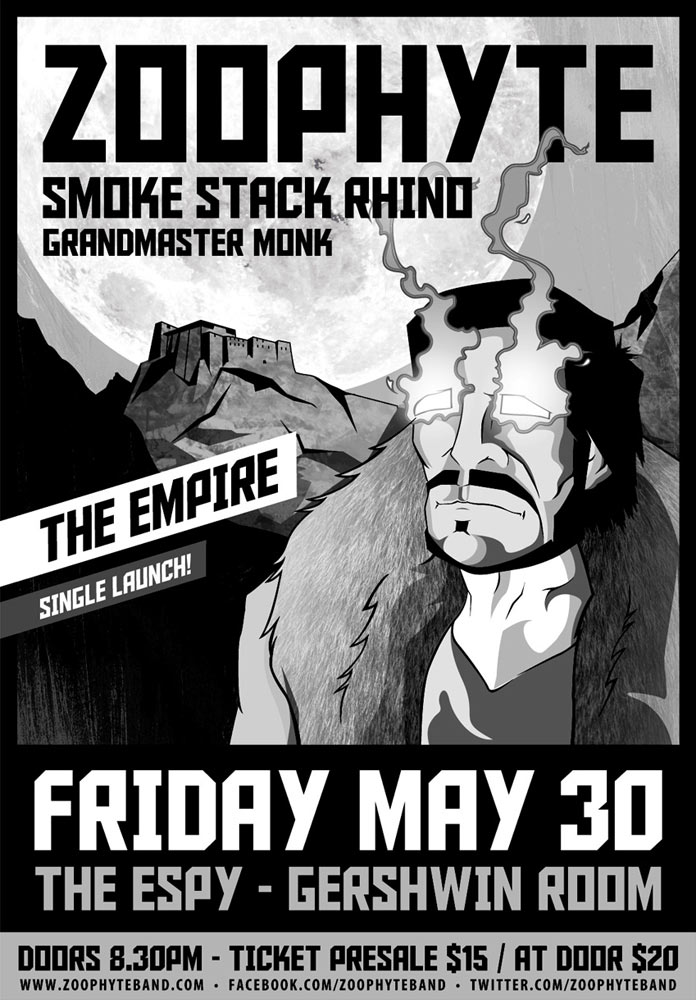