To coincide with forthcoming release of the bands’ new album SOMEWHERE ELSEWHERE, Melbourne rockers ZOOPHYTE are proud to announce a massive launch show at DING DONG LOUNGE on SATURDAY DECEMBER 8.

With the upcoming release of SOMEWHERE ELSEWHERE on FRIDAY OCTOBER 19 the band are giving fans the chance to hear tracks from the album ahead of the release, with daily streams of new songs going up on the bands website. 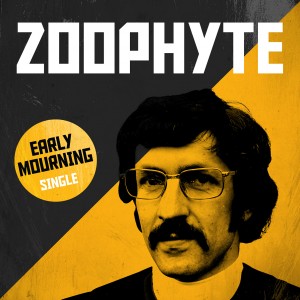 In addition to the streaming of songs from the new album, ZOOPHYTE are also streaming a series of fantastic snippets, filmed during the making of the album SOMEWHERE ELSEWHERE, with a new webisode hitting the bands site every couple of days. The latest clip ‘Right In The Goolies’ had over 2400 views in just 48 hours, so fans are enjoying a cheeky insight into studio shenanigans and the process of making an album.

Fans can also enjoy some awesome live footage, to be released over the coming weeks and leading into the album launch show on FRIDAY DECEMBER 8 at DING DONG LOUNGE.

With the recent release of the bands second single ‘EARLY MOURNING’, ZOOPHYTE is again enjoying support from radio nationally! With the unmistakable vocals of Cam Lee and hook driven guitar riffs, ‘EARLY MOURNING’ encapsulates the essence of an emotionally powerful pop song. It’s a hard paced rock song and yet a soft ballad that creates an essentially dark musical environment masked by a catchy chorus. Make no mistake – gone are the folk / pop / funk hybrid tracks that defined ZOOPHYTE of old. ‘EARLY MOURNING’ is a guitar-heavy, alt-rock tour-de-force. 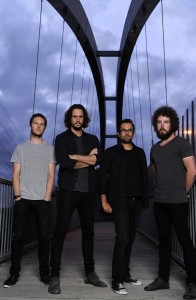 ZOOPHYTE blazed back into the spotlight with the March release of the hugely successful new single ‘LET YOU GO’ and saw the band emerge as media darlings. The video premiered exclusively on ToneDeaf and within 1 week edged close to nearly 1000 views making it one of the strongest performing videos on the site. Further support saw video views rapidly escalated to over 3000 views and continue to grow. Since kicking off in March with a killer live set, the band has shared stages with the likes of INXS, Eskimo Joe, Tex Perkins, Grinspoon and Jebediah. The band have completed close to 40 shows around the county including a string of dates in Noumea, New Caledonia.

Reinforcing the strength of the new sounding album (SOMEWHERE ELSEWHERE), ZOOPHYTE recently inked a deal with Mushroom Music Publishing which sees the band join the ranks of an extraordinary roster of talent.