Back From The Brink, with INXS (Coffs Coast Advocate)

Here’s a little write up we had in the Coffs Coast Advocate yesterday. We had a ball up in Coffs Harbour last Friday and can’t wait to get back up there again soon. 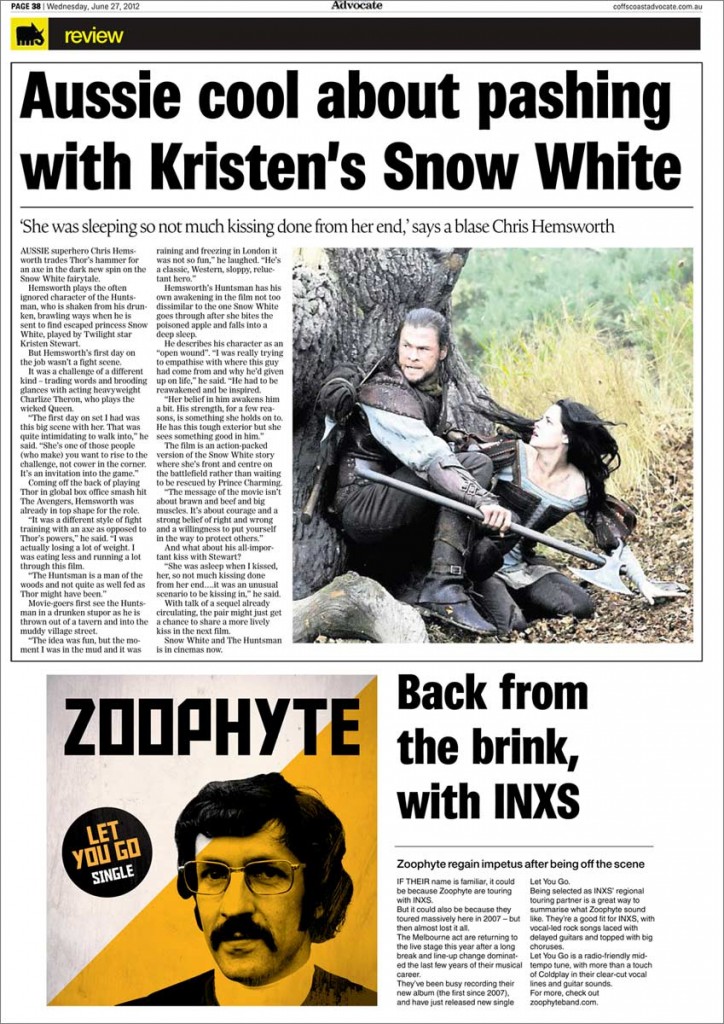 Back From The Brink, with INXS

Zoophyte regain impetus after being off the scene

If their name is familiar, it could be because ZOOPHYTE are touring with INXS. But it could also be because they toured massively here in 2007 – but then almost lost it all.

The Melbourne act are returning to the live stage this year after a long break and line-up change dominated the last few years of their musical career. They’ve been busy recording their new album (the first since 2007), and have just released new single Let You Go.

Being selected as INXS’ regional touring partner is a great way to summarise what ZOOPHYTE sound like. They’re a good fit for INXS, with vocal-led rock songs laced with delayed guitars and topped with big choruses.

Let You Go is a radio-friendly mid-tempo tune, with more than a touch of Coldplay in their clear-cut vocal lines and guitar sounds.

For more, check out www.zoophyteband.com.