You’ve probably heard of Melbourne band Zoophyte – but if you think you know their music, think again.

Since bursting onto the scene in 2004, the band forged an enviable reputation as a blistering live act, which they followed up in the studio with their acclaimed 2007 album, Another Point of View. Lead single Better Days was one of the standout tunes of that summer, receiving airplay on Triple J, Triple R, PBSFM, FBI, 4ZZZ, Radio Adelaide and Fox FM. Responding to demand from fans, Zoophyte embarked on a massive national tour, cementing their reputation as a fantastic live band and picking up even more fans – and great reviews – along the way.

After clocking up a few thousand kilometres playing sold-out shows across the country, the guys decided to take a break, do some soul searching and start work on their highly anticipated follow-up.

The revamped line-up of Cam Lee (vocals and guitar), Andrew Gilpin (bass), Rob Muinos (guitar) and Elvis Aljus (drums) spent the best part of the last 18 months in the studio – writing, recording and shaping the inherently melodic rock sound that is Zoophyte of 2012. 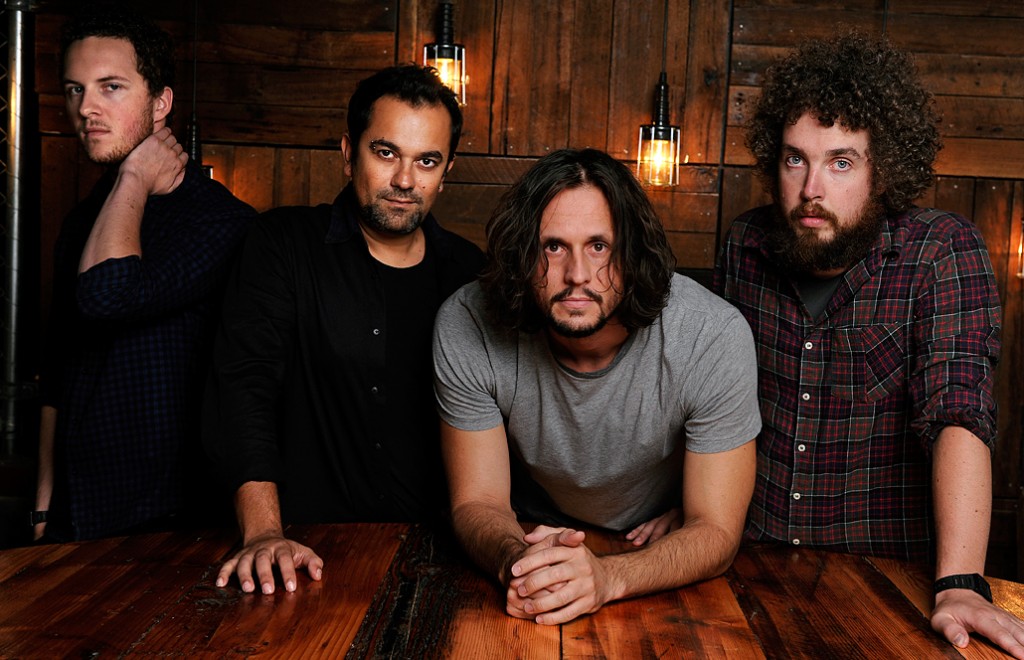 And they each have an impressive CV to draw from:

Being the only instrument his parents could afford, singer-songwriter Cam Lee began playing the flute at aged 7 and played in several orchestras and stage bands across 11 years, before the sounds of Nirvana, Incubus, Soundgarden and Guns N Roses inspired him to pick up a guitar. Post high school, the self-taught guitarist founded several cover bands, gaining the most notoriety with a group called Watercooled. After seven years of gigging around Melbourne, studying Music at NMIT and writing his own songs, Zoophyte was born.

Andrew Gilpin bought his first CD when he was 9 and started playing his sister’s guitar at 13, scouring the music stores for records that other kids had never heard of. At 15, Gilps switched from guitar to bass simply because “there were less strings than the guitar”. “At school there was only one bass player in my year level, he was in ‘the band’ and I wanted to be in ‘the band’. Within a week of playing bass, I replaced him and joined ‘the band’,” he says. Gilps hit the stage for the first time just after his 16th birthday with a bunch of older guys, rocking out to Angels and AC/DC covers. Before meeting up with Cam and forming Zoophyte, Gilps had played in more than 30 bands.

In 2009, Elvis Aljus joined Zoophyte, bringing with him a wealth of drumming experience that began at age 7. By the time he was 16, Elvis began drumming semi-professionally and by 18 was a regular in the Melbourne music scene. Having worked with artists including Joe Camilleri and the Black Sorrows, Sugarbabes, Dannii Minogue, Killing Heidi, Madison Avenue and Daniel Merriweather. Elvis’ diversity brings the right edge to the band’s newest offering.

So, collectively, the band really has done it all. And their experience shows on SOMEWHERE ELSEWHERE.

“The old format of the band was a five-piece and we were all into different styles and types of music,” Cam says “but now, everyone is on the same track and it feels like a new band. It’s a much bigger, larger sound; we use a lot of delayed guitars and everyone sings – there’s definitely a stronger rockier edge to our sound now.”

Recorded at Melbourne’s Woodstock Studios and mastered by award-winning engineer Bob Ludwig (Radiohead, Nirvana, AC/DC), the album is a 13-track, rock-fuelled ride that sees Zoophyte carve out their own niche in the Aussie rock landscape.